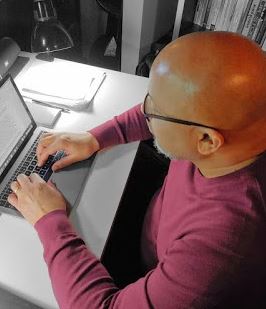 Posted with permission from Principal Kafele

Sheesh! When did the word, equity become so politically charged? I mean there are people out here who are literally terrified by it. I have had clients to politely ask me to refrain from its usage in my presentations. Recently in a Q & A after a keynote address, I had an audience member ask me in the breakout session how I navigate the usage of the word equity in presentations knowing that there are people sitting in the audience who are critical of the word. In that particular instance, I felt compelled to provide a long response so I asked my breakout session audience if I could spend some time on responding and they said yes. They seemed eager to hear my response so I devoted the entire session to responding to the one question.

As I state in the title, equity is not a “four-letter word,” the “boogey man,” a political statement,” nor the enemy. It doesn’t have a racial connotation, ethnic connotation, cultural connotation, sexual-orientation connotation, socio-economic connotation, etc….no…it has a “great teaching connotation.” In a nutshell, in classroom usage, equity means, “Meeting young people where they are…as they are.” Over the years, I have extended that definition to say that “Equity can never be solely something that you do. Equity MUST be who you are. Equity is therefore a reflection of the educator’s humanity toward the students that he or she serves.” In other words, in this context, equity is a reflection of the educators love and compassion for children….which CANNOT be taught I might add. Either you have it or you don’t. Only the rollout of equity in the classroom can be taught…the “how to” which is “what you do.” The compassion  which is “who you are” is either in you or it is not. If you happen to fall into the category of lack of compassion for your students, introspection is in order because the “what you do” and “who you are” go hand in glove.

So how and when did equity become such a controversial, politically-charged word? In several states across the country, the anti-Critical Race Theory folks who were / are legislating CRT out of schools (its never been in schools by the way…it’s really an absurd fight) wanted to include equity in the same legislation….they wanted to legislate equity out of the schools…unbelievable! I mean, they are treating equity as if it’s a “four-letter word” and imposing consequences if this “four-letter word” is uttered. This is absolutely absurd. Again, equity means, “Meeting young people where they are…as they are.” Of course, the problem lies when there is a focus on historically oppressed communities…Black and Brown students in this regard. So in other words, the racism kicks in. An “equality-mindset” pedagogy in a classroom of diverse learners where there are students of historically oppressed populations present and all students “receive the same thing at the same time at the same rate” is inherently insensitive and oppressive, whether implicit or explicit. One has to know who’s in the classroom. One has to “analyze the audience.” One has to “read the room.” There are children in that classroom who have life experiences that are overwhelmingly challenging historically due to either the skin they were born in or the circumstances upon which they find themselves that require a teacher who understands this reality fully and makes the necessary adjustments toward meeting the academic, social and emotional needs of EACH of the learners. We cannot pretend that racism never happened in this country nor that it doesn’t continue to exist. It did and it still does and its implications for children in classrooms are immeasurable. The “equity-mindset teacher” eagerly embraces this reality and strives to create an “equity-mindset classroom” where each of the learners have equitable opportunities to soar. This is equity. Again, equity is simply “meeting young people where they are…as they are” which translates into GREAT TEACHING.

A highly-regarded urban educator in New Jersey for over 20 years, Principal Kafele distinguished himself as a master teacher and transformational school leader. As an elementary teacher in East Orange, NJ, he was selected as the East Orange School District and Essex County Public Schools Teacher of the Year, and he was a finalist for NJ State Teacher of the Year. As a principal, Principal Kafele led the turnaround of 4 New Jersey urban schools, including Newark Tech, which went from a low-performing school in need of improvement to national recognition, which included U.S. News & World Report recognizing it as one of America’s best high schools. He is also the author of 10 books which include his national best-sellers, The Principal 50, Is My School a Better School BECAUSE I Lead It? and The Aspiring Principal 50. The Assistant Principal 50 will be released in June, 2020. Principal Kafele is the recipient of over 100 educational, professional and community awards including the prestigious Milken Award, the NABSE Hall of Fame Award, induction into the East Orange, NJ Hall of Fame, and the City of Dickinson, Texas proclaiming February 8, 1998 as Baruti Kafele Day.